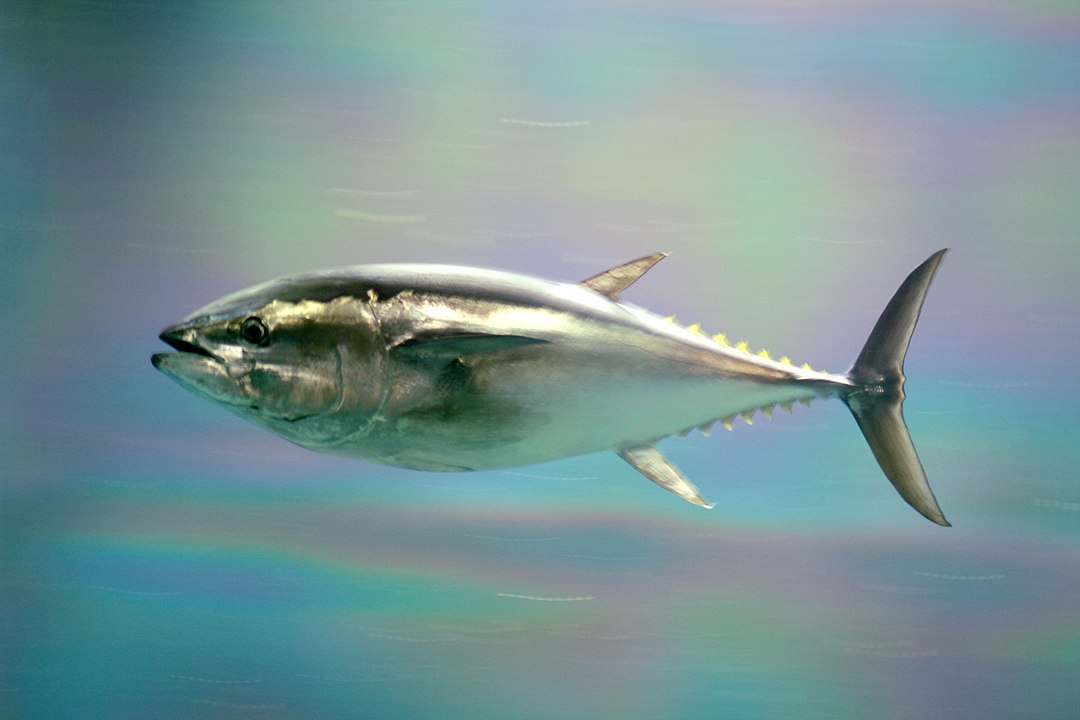 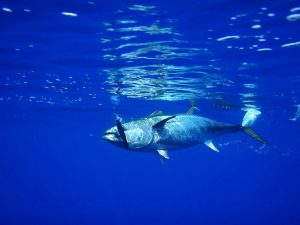 The tuna is a species of fish that lives in saltwater and belongs to the mackerel family. There are 15 species of tuna in total with great variances in size between the different species. The smallest is the bullet tuna that has an average length of 50 cm, the largest is the Atlantic Bluefin tuna that can reach 4.6 m in length, although the average is closer to 2 m in length. Tuna have a rare attribute that allow them to maintain a higher body temperature than the water that surrounds them.

Bluefin and yellowfin tuna have been used extensively as a food source for humans for millennia, although this has increased in more recent years. The tuna also represents a challenging catch for game fishers and is a highly sought prize given that it is capable of swimming at speeds up to 75 km/h. Because of this some species of tuna are considered close to extinction, particularly the southern Bluefin tuna. This has required tuna fishing to be subjected to a great number of regulations in order to prevent the species from becoming completely extinct, although many experts would prefer there to be no tuna fishing at all.