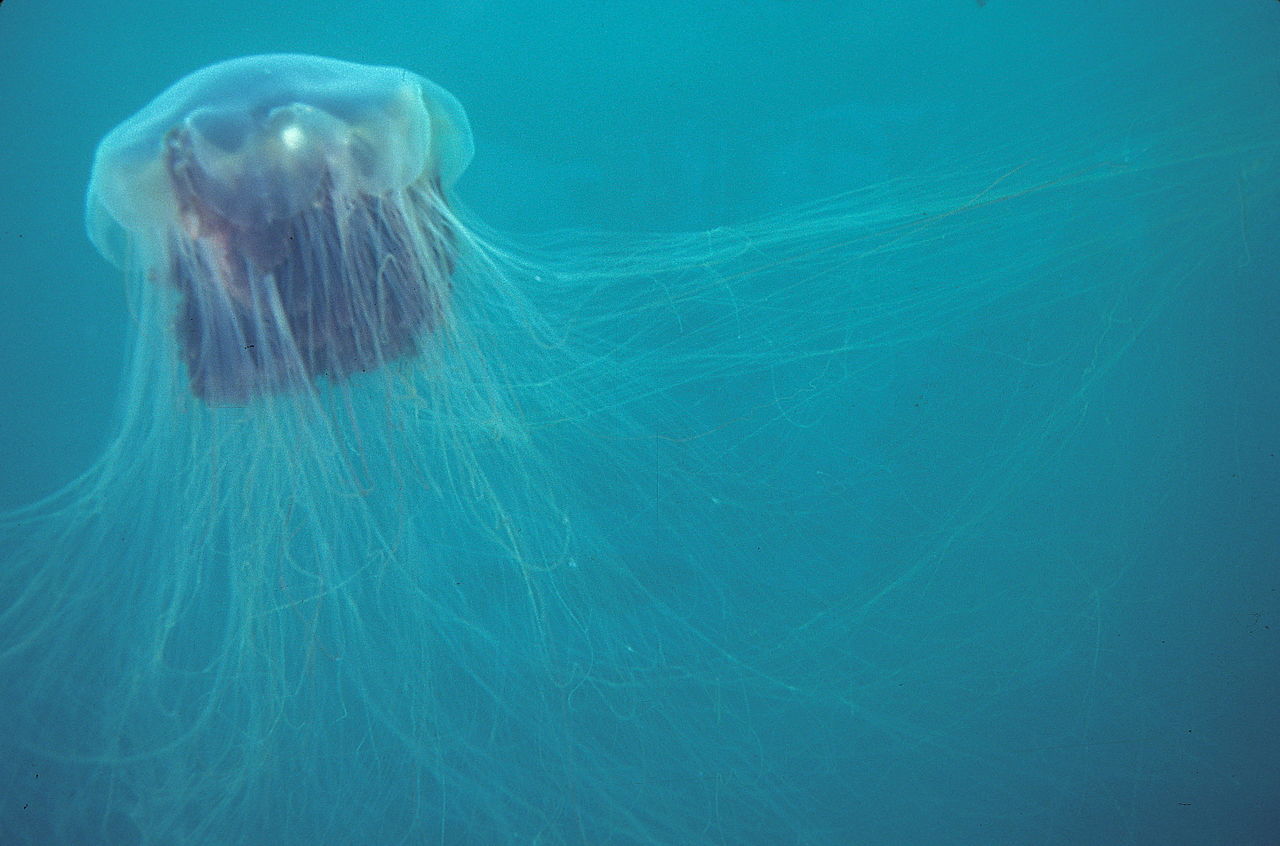 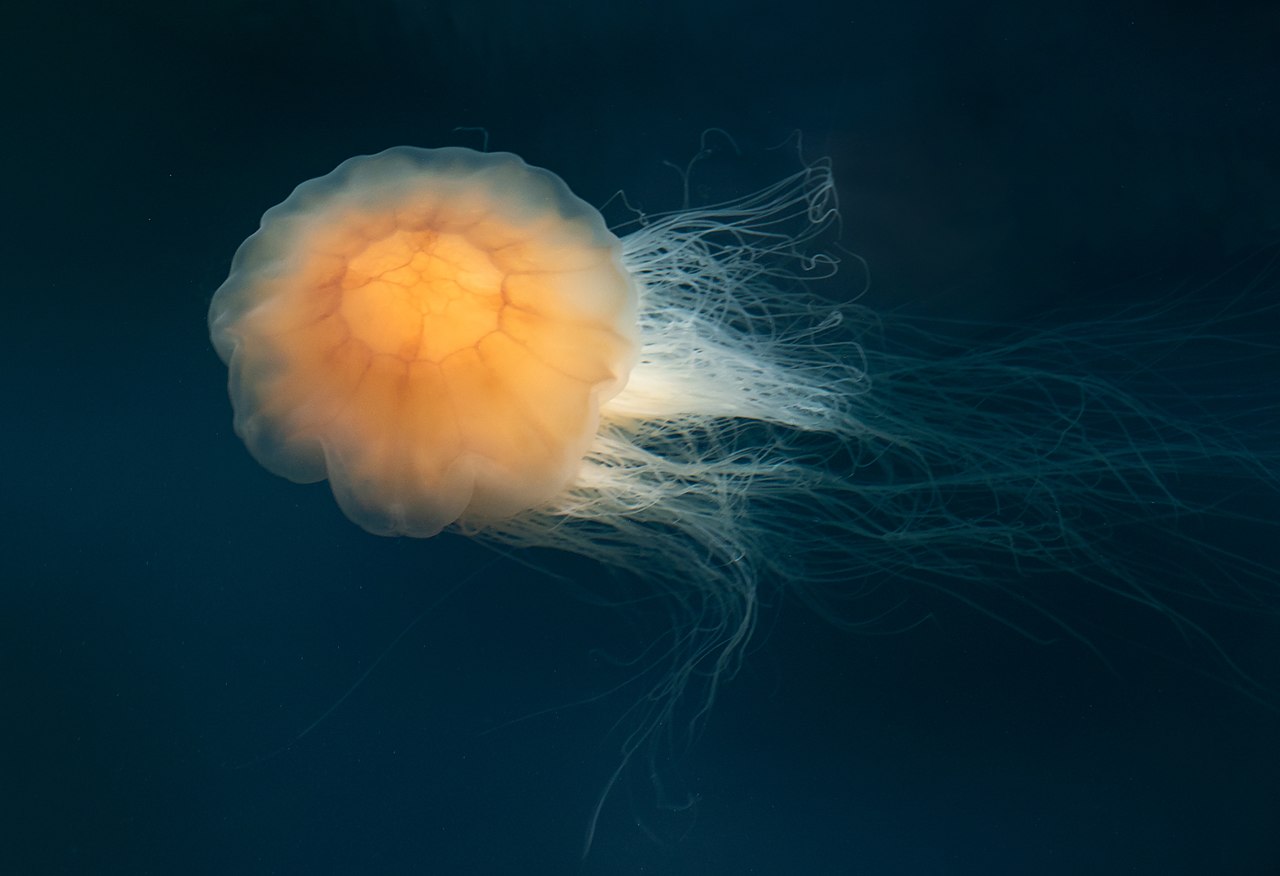 The jellyfish is a name given to certain gelatinous members of the subphylum Medusozoan. Jellyfish are almost exclusively marine animals that are made of an umbrella shaped top with trailing tentacles. There are some types of jellyfish that do not swim at all and instead these types anchor themselves to the seabed. In jellyfish that do swim, their top, or bell, can pulsate to provide a highly efficient locomotion. The tentacles of the jellyfish, for which they are perhaps best known, contain stinging cells that are used to capture prey and defend against predators.

Jellyfish can be found across the entire ocean in various forms, from surface waters down to the deep sea. ‘True’ jellyfish are considered to be those that live in oceans, although there are very similar species that exist in freshwater that are also colloquially referred to as jellyfish, but these are far less common. Jellyfish are also one of the oldest multi-organ animals known to exist, having evolved at least 500 million years ago, although there has been much speculation that they could be older than 700 million years as a species, although evidence for this is difficult to gather.

Certain species of jellyfish are edible and are considered to be delicacies in certain Asian countries, particularly species in the Rhizostomae ord 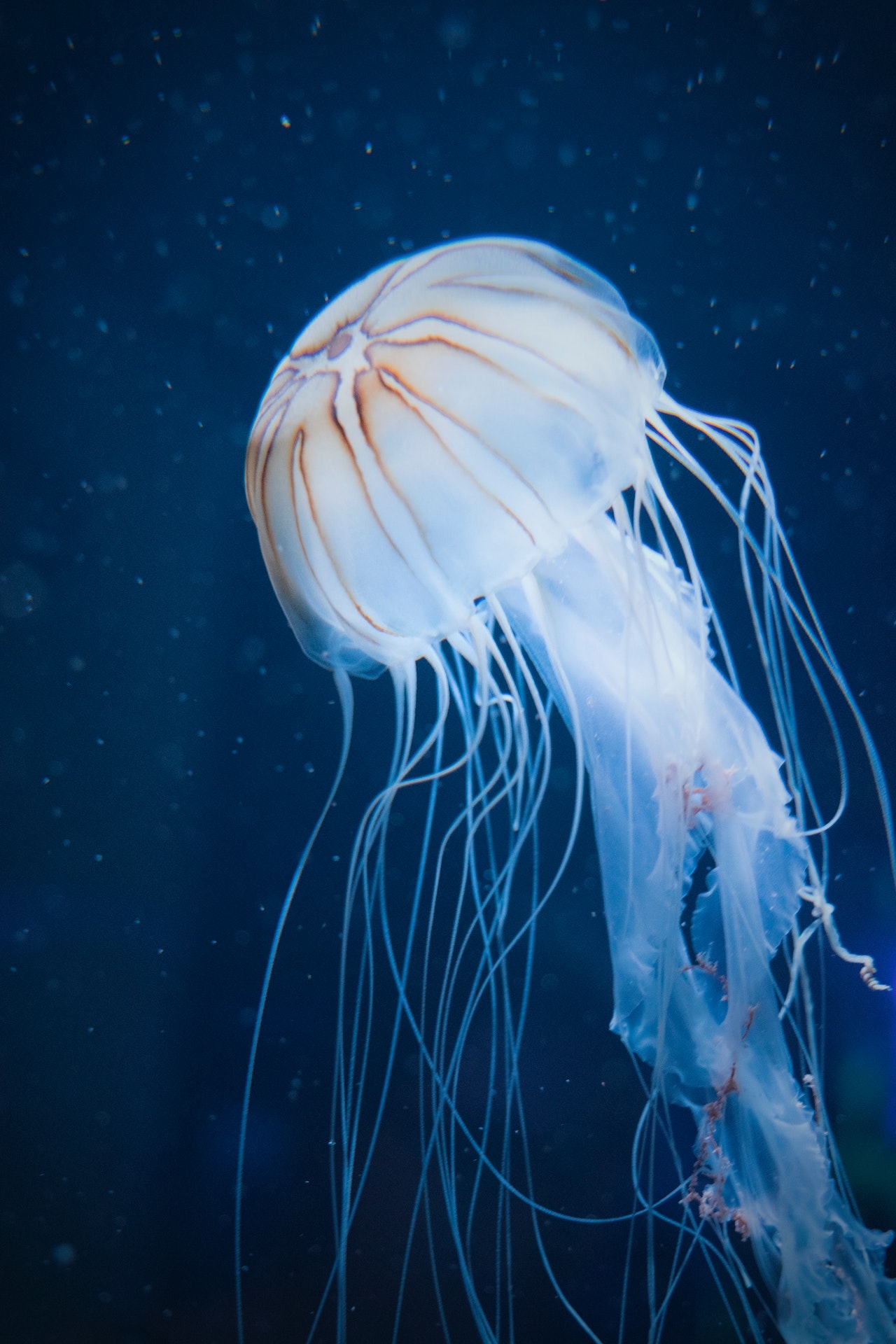 er that are prepared by being pressed and salted to remove excess water.

The stinging cells of jellyfish are used both for attack and defence and have a negative effect on human swimmers. Although nearly all jellyfish stings are painful, some are more serious than others, depending on which type of jellyfish the swimmer has been stung by. It is rare for stings to be fatal, but there have been a number of deaths across the world that have been linked to particular types of jellyfish, in particular from the small box jellyfish. The majority of all deaths directly related to jellyfish stings happen in Asian countries.

Jellyfish range in size from one millimetre to nearly two metres in height and diameter. The smallest species are the peculiar creeping jellyfish which have bell disks under a few millimetres in diameter, they do have short tentacles that extend beyond this that are used by the species to move themselves. The largest jellyfish is the lion’s mane jellyfish, the largest of which has been recorded as having a bell with a diameter of 2.3 metres and tentacles that were 37m long. This particular specimen had washed up on the shore of Massachusetts Bay in 1870, although we now know that it is rare for a lion’s mane jellyfish to reach this size, it has been theorised by a number of marine biologists that given the right conditions it is possible for this species to reach even larger sizes.